Launched in 2017, the British Army Ancestors website enables people to search for British Army soldiers and upload photos; a permanent photographic memorial to the men and women who have served their country and Empire. Thousands of photographs have already been added. Hundreds more are being added every week.

British Army Ancestors makes it easy to search and easy to upload images.  The search engine is fast and returns results in seconds. Here are the guiding principles:

* British Army Ancestors will always be FREE to search and FREE to use.

* If you want to add a photo you will need to REGISTER. This is solely to deter spammers.

* You can add as many photos as you like for a single soldier.

* Each added photo must contain basic information on its source, but all other information is optional.

* The whole process is designed to be as painless as possible! 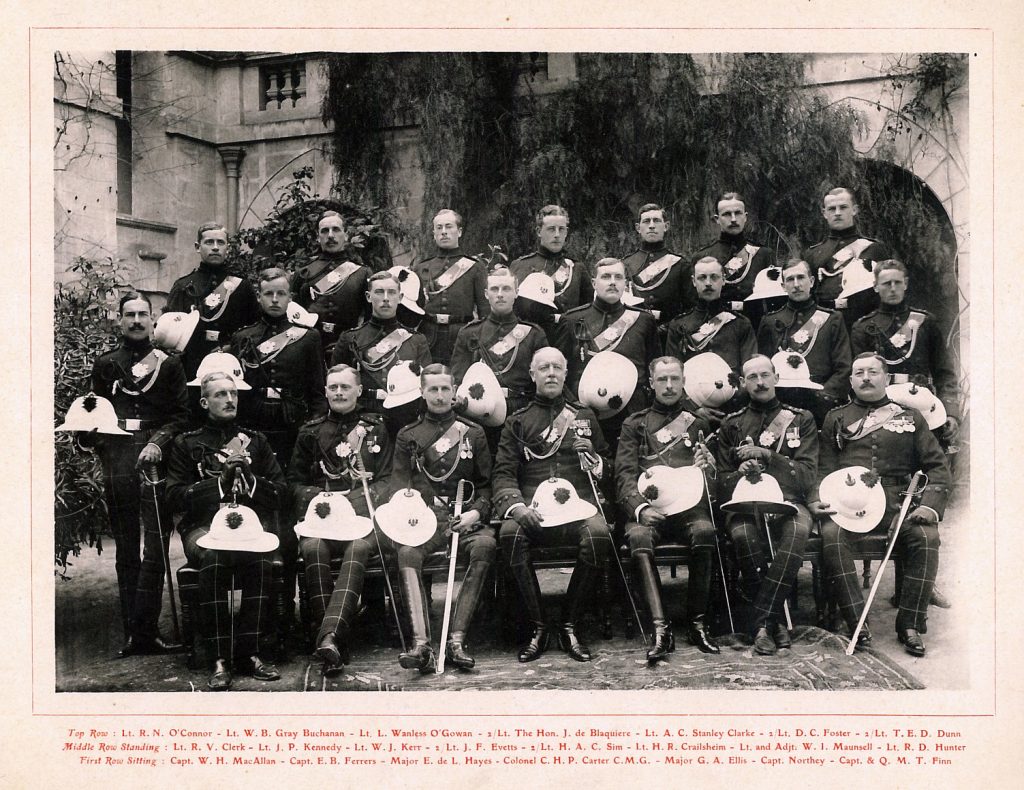 This named group photograph of officers serving with the 2nd Battalion, Scottish Rifles in Malta in 1913 could be added for multiple individuals.

“But I don’t have a photo of my ancestor in uniform.”

The principle aim of britisharmyancestors is remembrance, and bringing our vast army of British Army Ancestors to life.  For this reason, a photograph that shows the man or woman in later life – or indeed in pre-army days – is just as acceptable as a photo of the subject in British Army uniform.

In addition to uploading or downloading photos on this site, there is also the option to find out more about the soldier concerned. This might be a link to a service record, or a medal index card, or further information. The majority of these links are to Findmypast or The National Archives or Casus-Belli where you will need to pay to view this information.

About the data on this site

The indexed names on this site appear as a result of collaboration with The National Archives, Findmypast and Casus-Belli. There is also data from the Commonwealth War Graves Commission. The majority of the indexed names  you will find here, have been transcribed by Findmypast, from the following series which are housed at The National Archives. Dates given are the date ranges for the entire series, although the data on this site begins at 1850 and ends in 1920.

In addition to the series noted above additional indexes have been provided from regimental muster lists and pay books published in 1851, 1861 and 1871. There are records from The Scots Guards and The Honourable Artillery Company. A database of men serving in the British Army in 1920 completes the picture.

There are close to twelve million searchable records on this site. Nevertheless there will tens of thousands of men and women who do not appear on this site; individuals for whom no record of service survives. This may be because the person was killed whilst serving their country before 1914, their files later destroyed; or because they did not serve overseas, or because their records were destroyed during the Second World War. There are practically no Volunteer Force records that survive, thus robbing us all of the chance to remember men who volunteered to serve their country at home between 1859 and 1908.

I am constantly adding new names to this database but I do not, at this point in time, offer a facility for users to add individual entries if a name does not already appear in the British Army Ancestors’ database.

For more information about this site and how it works, have a look at these Frequently Asked Questions

Thank you for taking time to remember our British Army Ancestors.

On this British Army Ancestors website you will find close to 12m records which have been collated from many sources. Search the database, find your soldier, add a photo. Search again, find the next person, add another photo. That really is all there is to it. The data on this site covers the date range 1850 to 1947.