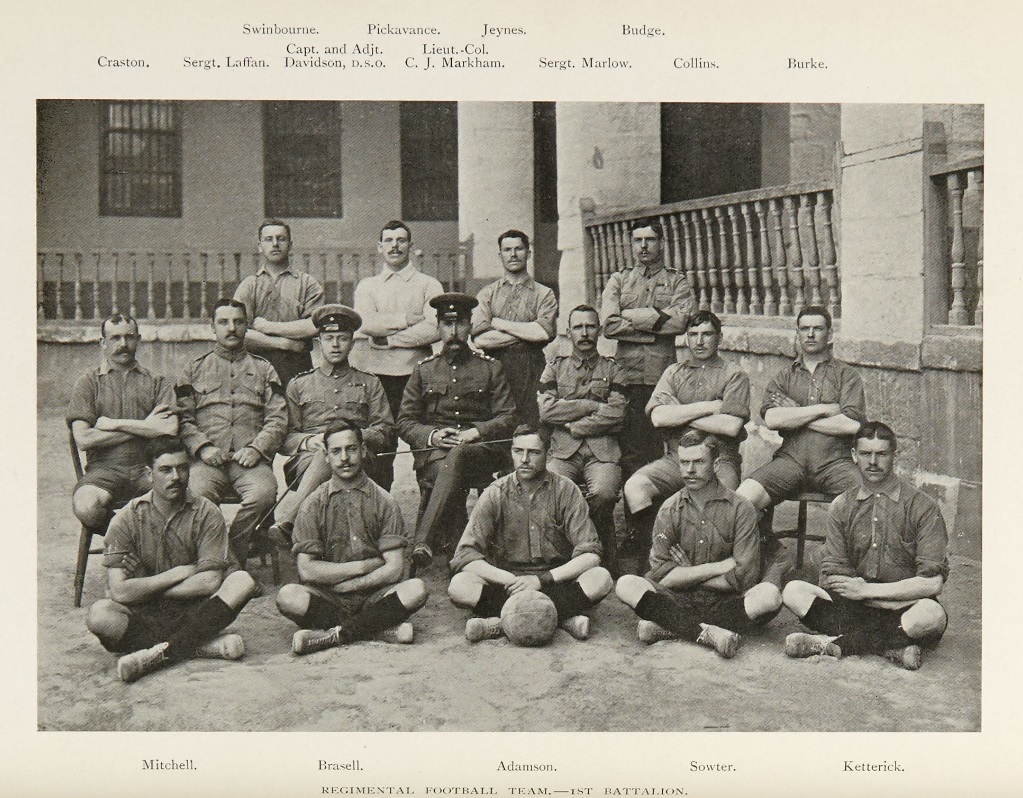 Last year I digitised and OCRd two runs of regimental chronicles. These were the Rifle Brigade Chronicle (1890-1920) and the King’s Royal Rifle Corps Chronicle (1900-1920). These books are extremely useful and I had been very fortunate in winning a couple of auctions which, for a time, threatened to swamp my house with all things Rifle Brigade and all things KRRC. Getting these books digitsed was an obvious next step for me and I am very pleased with the results. For digital copies of these chronicles or to buy some of the original volumes, please get in touch.

The photo at the head of this post shows the 1st Battalion football team, King’s Royal Rifle Corps. The battalion was stationed in Malta at the time and helpfully a number of the players have uncommon names which makes it easy to identify them on British Army Ancestors. For the benfit of search engines crawling this post, the names of the men in this photo are as follows:

If anybody can identify any of the other men on British Army Ancestors please do let me know.

I was interested to see, when adding this photo to these men’s profiles that there was already a photo for Robert Ketterick that had been posted.

The article above was originally published in the Sheffield Independent on the 9th October 1914 and shows that Robert was an early casualty of the 1914-1918 War. How many others of his 1905 footballing team also ultimately shared the same fate I don’t know, but I would hazard a guess that Robert was not the only casualty. Robert is buried in Eccleshall (All Saints) Churchyard in Sheffield.