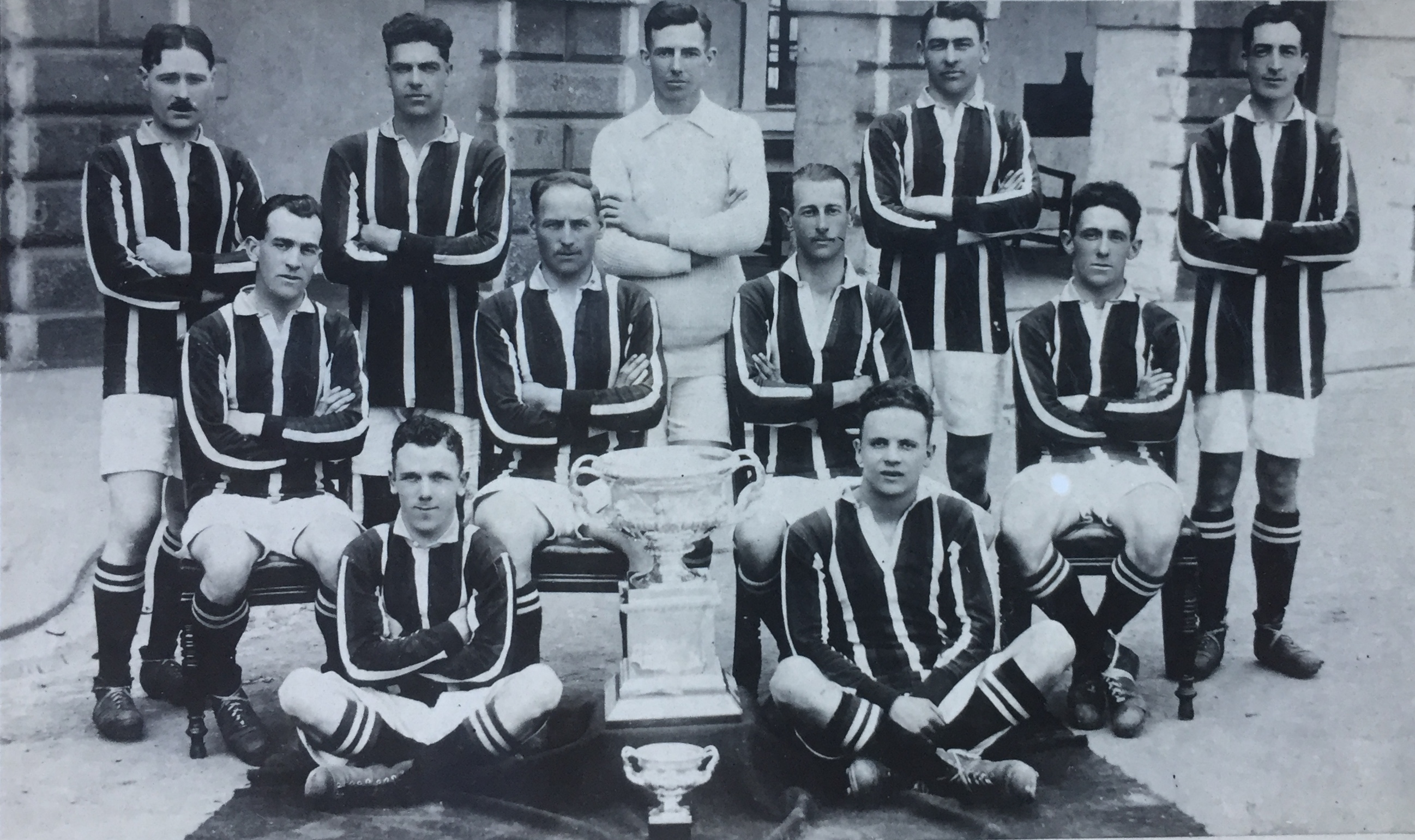 This superb photograph shows men of the 1st Battalion, Wiltshire Regiment who, forming a football team, won the Army Challenge Cup for the season 1921-1922.

The men, as noted on this postcard-sized photo, are:

I have added this photo to those seven men that I have been able to identify. The majority of the team had seen service during the First World War but I suspect that Mock, Thomas and Ballinger had all joined the Wiltshire Regiment in 1918 or later.

Two of the men here – Sergeant Poolman and Lance Corporal Veck – were awarded the Military Medal for their gallant actions during the First World War, whilst the only officer in this photograph, Captain Kinglsey Jack Pertius Oliphant, was awareded the Military Cross. Further research into these three men will hopefully reveal further detail about their awards.

The 1st Battalion Wiltshire Regiment was pitched against the 2nd Battalion, Royal Welsh Fusiliers in the Army Cup Challenge final and came away as 3-1 winners. I shall be checking through the British Newspaper Archive later today to see if thewre are reports of the match and who the goal-scorers were. The Army FA website helpfully gives a complete breakdwon of all cup finals played since the inception of the tournament in 1888.

I shall be very pleased if anyone can provide further information about any of the men recorded here.