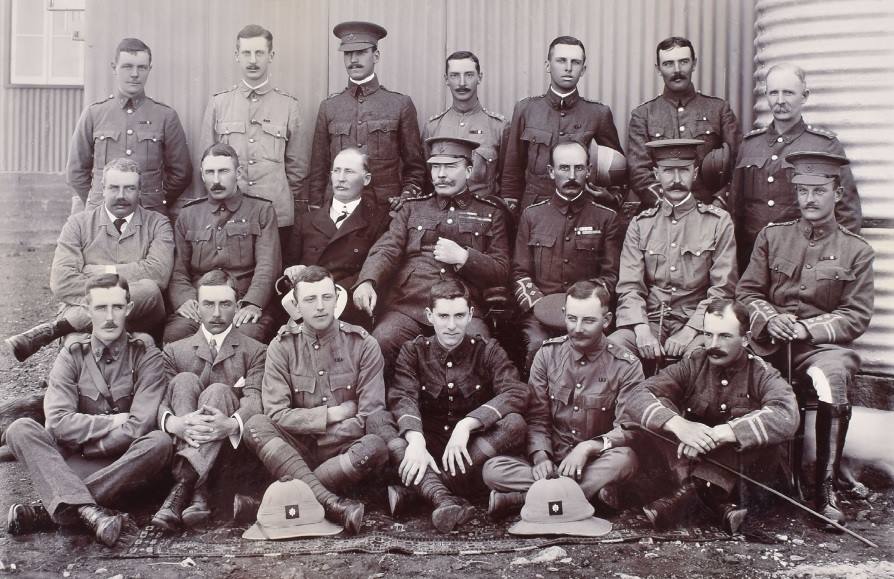 I recently won at auction an album of photographs documenting the officers and men of the 2nd Battalion, Worcestershire Regiment in the early years of the 20th Century. This is one of the photos from that album and shows officers, mostly of the 2nd Battalion, probably in Ceylon in about 1906. I will have more to say about some of these men in due course.

Thomas Pardoe was the owner of this album which includes photos taken in Ceylon, India and South Africa, as well as photos from his home in the UK. There is a lot of research potential here and the album will be of particular interest to anyone with Worcestershire Regiment leanings.