All will be well in time 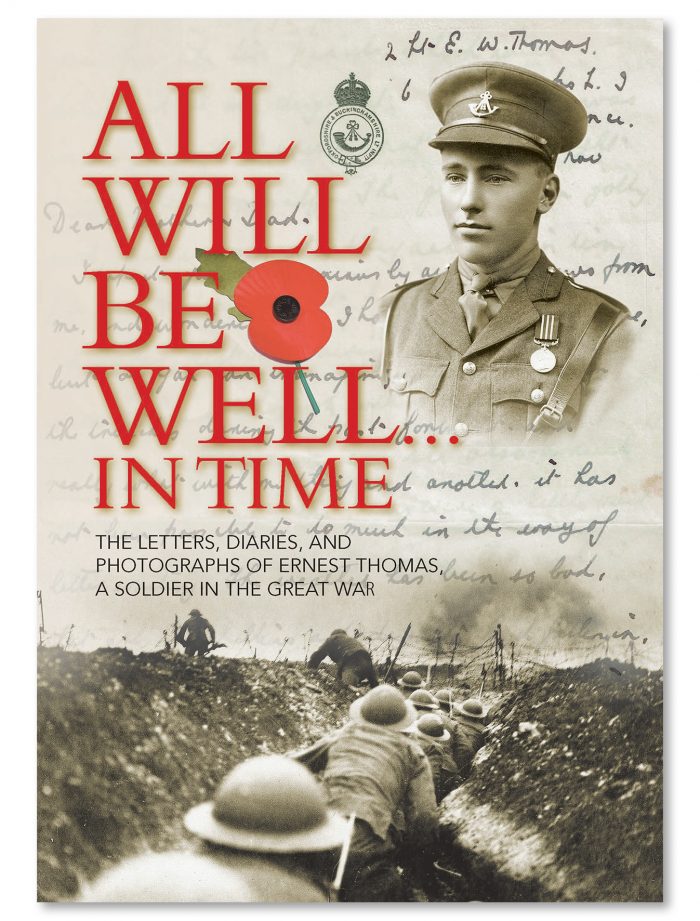 All will be well in Time tells the story of Ernest William Noel Thomas who was 19 years old when he enlisted in the Oxfordshire and Buckinghamshire Light Infantry in 1915, and only 21 when he was killed in action some two years later. A trainee pharmacist at Boots the Chemist, he was typical of so many educated young men of his generation: stoical, gallant, and polite, full of righteous certainty and dry humour.

A stretcher bearer with the 1/4th OBLI, Ernest was present throughout the Battle of the Somme, gaining a Military Medal at the Battle of Pozières for bravery under fire. In 1917 he returned to England to take up a commission as a Second Lieutenant, before returning to France to serve with the 6th OBLI. His first engagement as a junior officer was at the Battle of Cambrai, where he died leading his platoon in an attack on a German machine gun position on the very first morning.

During his time away, Ernest wrote regular, affectionate letters home to his parents and sisters, describing in detail his day-to-day trials and pleasures, making much of the latter and light of the former. Yet, in between his appreciation of the parcels from home and his optimistic views of the progress of the war, we get a real sense of what it must have been like to be there.

Ernest’s portrait is one of close to 70,000 images that are published on British Army Ancestors and the story of his short life has now been published as a paperback (170 x 240 mm, full colour, 180 pages, 163 photographs, 11 maps). All will be well in Time costs £15 + £2.50 P&P with all proceeds to be donated to The Rifles Benevolent Trust’s appeal, ‘Care for Casualties’, supporting injured soldiers of The Rifles regiment (the present-day successor to the OBLI) and their families, and the Soldiers of Oxfordshire Museum.