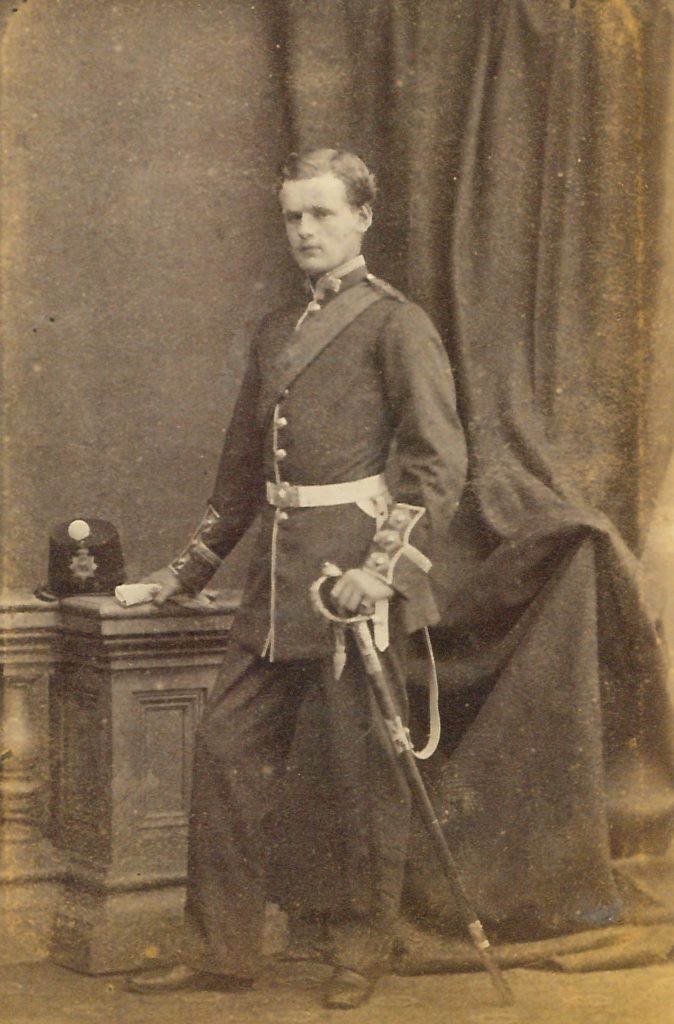 This young officer appears on a carte de visite I bought on eBay recently. I didn’t know much about him other than what appears on the reverse of the CDV: “Leckie, late 95th Foot, died June 1863”. Looking through old army lists however, I see that he was ensign John Cuthbert Leckie who became lieutenant by purchase on the 30th June 1863. Records on Findmypast record that he died at Karachi on the 18th June 1865 and was buried the same day. Cause of death was given as “Febris Remittens” which today would probably be recorded as malaria. John Leckie was 20 years old and I am pleased to say that he is now remembered on this website. Descendants (or those interested in the 95th Regiment of Foot) looking for his photograph will now be able to find it.

John Leckie’s surviving papers, such as they are, can be accessed in series WO 76 on Findmypast. Click on the blue button on his record to be taken directly to the transcription of these records and then click on the image to view the original document. If you already have a subscription to Findmypast you will be taken straight to the site. If you don’t have a subscription you will either need to take one out or buy PayAsYouGo credits.

John Leckie was born in Bombay on the 31st March 1845. He was almost certainly the son of a soldier and whilst there are two possible candidates in Findmypast’s British India Office births and baptisms’ collection I have not actually found a baptism record for John Leckie.

Nevertheless, this is a splendid photo of him in full dress uniform, and unusual in that the photo has that crucial annotation on the reverse. Without that he’d just be another anonymous Victorian army officer; now though, there’s the beginnings of a story.