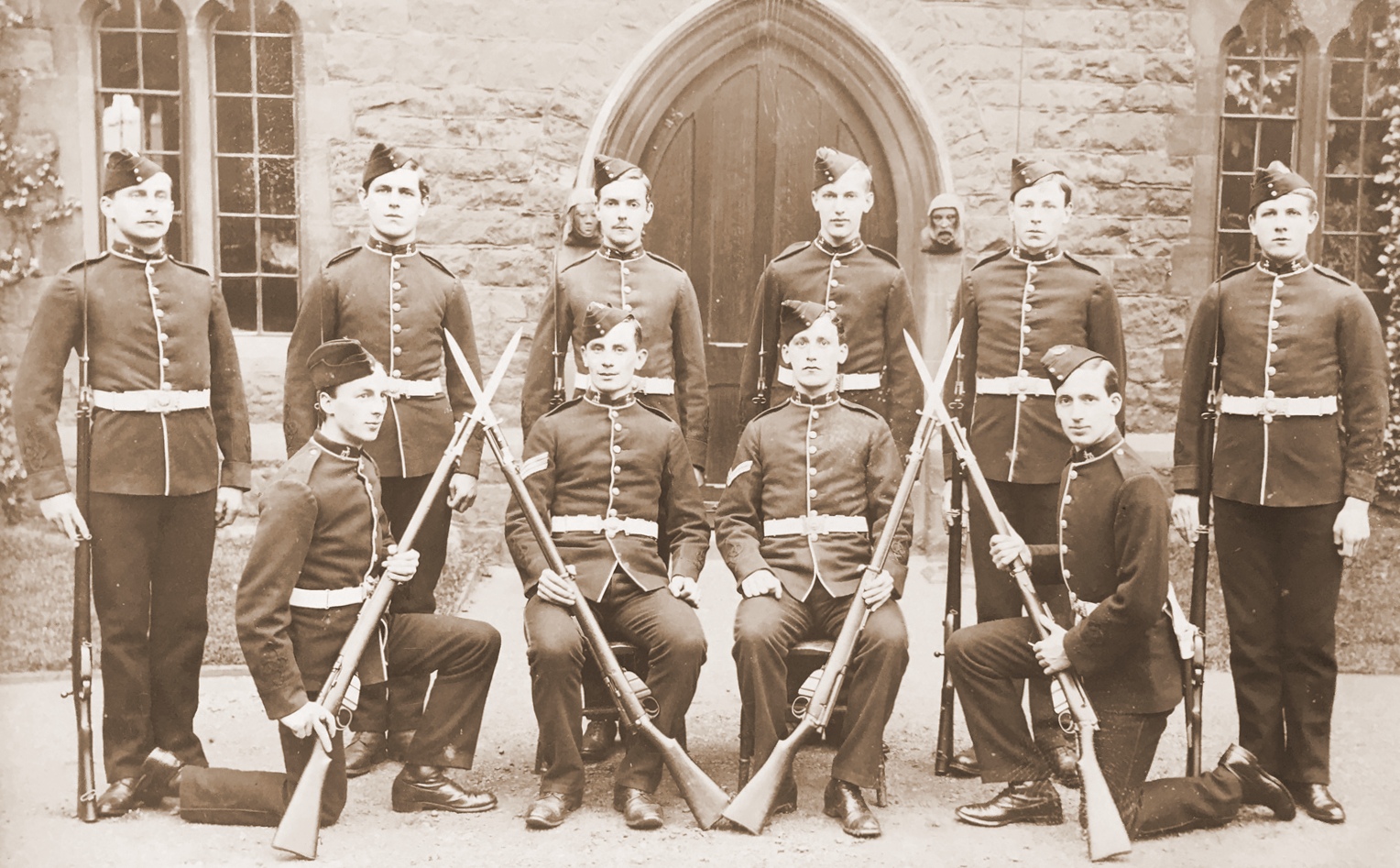 These men are from Saltley College Guard and they posed for this photograph in 1907. Saltley Church of England College was a college for teacher training and was latterly known as St Peter’s College. Originally the Worcester, Lichfield & Hereford Diocesan Training College, it was built in open countryside in 1852 around a quadrangle in the Tudor style of an Oxford college and housed thirty students.

The college remained a small all-male community of some 300 students until the mid-1960s when the intake was significantly increased to cope with falling teacher numbers and rising school rolls. The first female students were admitted in 1966. The College closed in 1978.

These men, collectively named as Saltley College Guard are individually named on the back of this photograph as follows:

My basic research fills in the following information about these individuals.

Pte H B Ducé. Henry Bedford Ducé, appears on 1911 census as a 22-year-old schoolmaster employed by the Metropolitan Asylum Board; born at Upper Holloway, London. Emigrated to Australia and served as a 2nd Lt with the 32nd AIF, embarking from Adelaide on the 1st November 1915.

Pte G Johnson. Possibly George Johnson, a 23-year-old elementary school teacher living at Sparkbrook and working for the Borough Council. Born in Bagnall, Staffordshire. On the same return as Arthur Ellis Jones, below.

Pte A E Jones. Possibly Arthur Ellis Jones, a 23-year-old elementary school teacher living at Sparkbrook and working for the Borough Council. Born in Codsall, Staffordshire. On the same return as George Johnson, above.