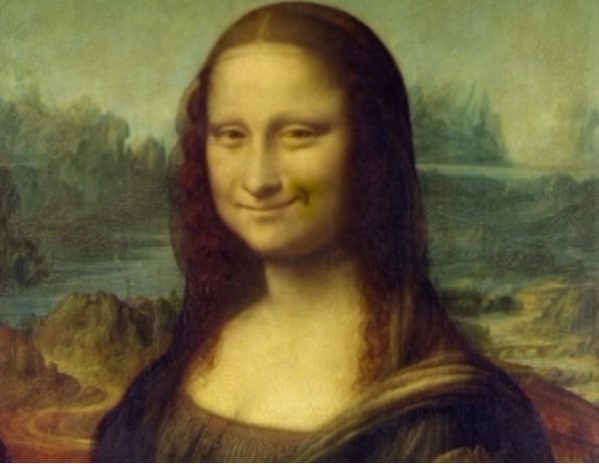 Imagine bringing still photographs to life and animating them so that the subject’s facial expressions are re-imagined. Earlier this week I shared an article published on the BBC News website which revealed that new technology developed in Israel has achieved just that. Clicking on the link above will take you to the article and short news sequence which demonstrates how the software works. It’s impressive-looking stuff.

My immediate thought on reading the headlines was that this technology has huge potential for animating old photos. Lo and behold, a couple of minutes into the video there are examples of not only photos being animated – in this case a well-known image of Abraham Lincoln – but paintings too. The Mona Lisa, her expression fixed for centuries, actually cracks into a grin; a stuffy soldier and an aloof socialite from the 1920s suddenly appear less resolute, less aloof.

There will be purists who decry this meddling, but as far as I am concerned, I would love to see my ancestors come to life. I’ve had images of Jack Nixon fixed in my head for the last three decades and I would be fascinated to see him brought to life by science. For that matter, I’d also like to see my grandparents again. I remember both sets of grandparents with great fondness and yet I don’t think I have any video footage of them; certainly not on my father’s side.

The BBC story notes that two members of Facebook’s computational photography team have helped develop the process and that the software has the potential to become the next viral hit. I can well believe this and I hope that in time we’ll be able to see animated photographs appearing here on British Army Ancestors and on other historical-interest sites. I shall watch this developing story with interest.