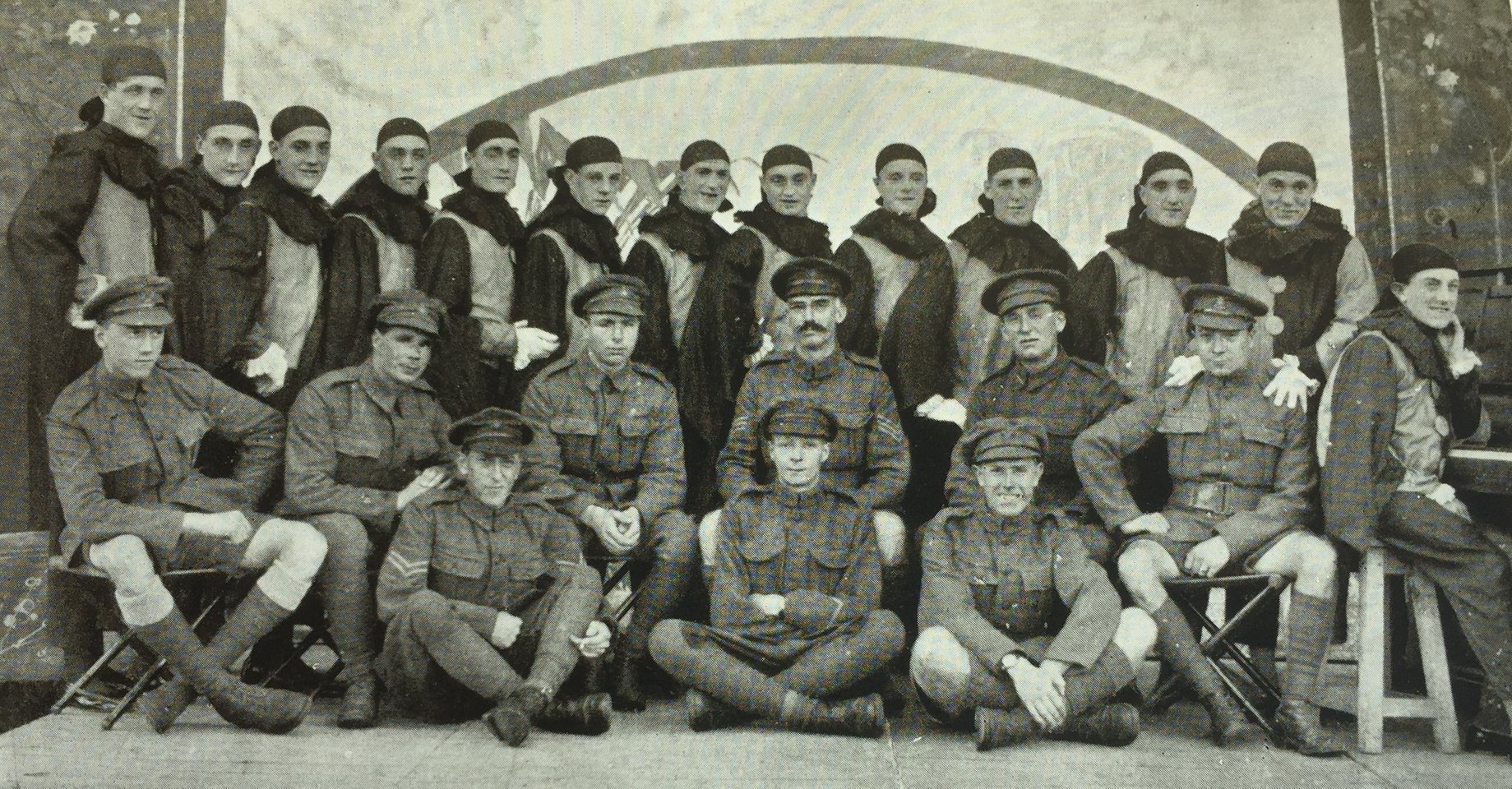 This photo of ‘The Follies’, the 47th Divisional ‘troupe’ was published in the 47th (London) Divisional history in 1922. The men are named in the photo and, helpfully, battalions are also indicated for some of them. As a result I have been able to positively identify a number of these men and upload this photo to their profiles on British Army Ancestors. I also used this same photo on the British Army Ancestors Facebook page. All four London divisions had their own concert parties. The cast list of the Follies is as follows:

If anyone can fill in more of the detail here I shall be glad to hear from them.