Contact me – paul@britisharmyancestors.co.uk – if you want to buy any of the titles listed below; first come first served. Conditions described are those as outlined on Abebooks. All prices are quoted for tracked UK delivery by Hermes. Postage will of course be combined for multiple purchases. Collection in London or Essex is also an option, and in which case the prices below will be reduced.

Volumes up to and including 1909 have now been sold. The volumes for 1910, 1911 and 1913 feature numerous officers and men who would go on to serve during the First World War and as such are essential reading for anyone with an interest in this conflict. All prices include postage. Don’t miss out. 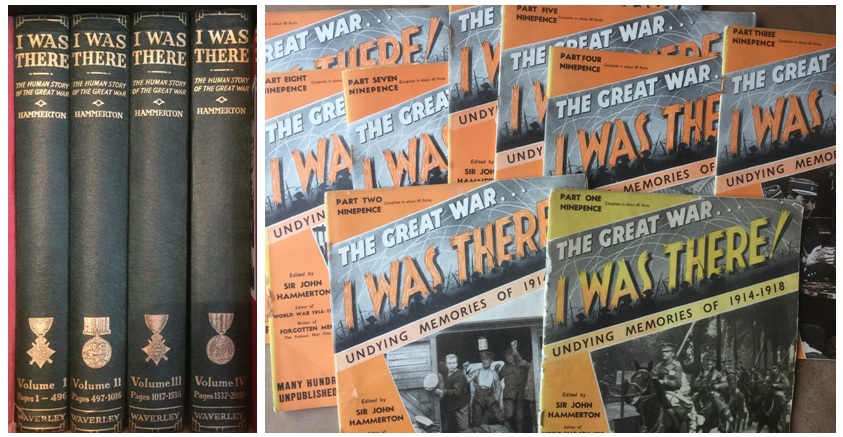 Hammerton (ed). The Great War, I Was There.

Lewis, Cecil. Sagitarius Rising. Greenhill Books, 1993; x+332. SIGNED BY AUTHOR. I wrote to Cecil Lewis via an intermediary in 1996 and he returned a signed bookplate which reads, “To Paul Nixon from Cecil Lewis 14.1.96”. Cecil Lewis was then living on Corfu and there is also a scrawled note from him on his headed paper to my intermediary. VG in d/w £100.

Manning, Frederick. Her Privates We. 453pp, second impression, January 1930. No d/w, picture boards, Peter Davies, London. This copy is inscribed Gerard Tharp who was an officer in the Rifle Brigade from 1890. Fantastic condition and the first re-print of this wartime classic; spine slightly rubbed at base and the corner of one page (62) has been turned down. This was probably where Gerard Tharp stopped reading as the pages look to be in

Over the years I have acquired a large library of military books, some of which I am now selling. The majority of those illustrated here, on this page, are not for sale, but don't let that deter you from making an offer.

On this British Army Ancestors website you can search millions of records and look at tens of thousands of British Army photographs. Hundreds of more photographs are added each week. The site covers the period 1850 to 1947 which means that you'll find records and photos of soldiers who served in the Crimean War and Second World War (and the conflicts in between). I also carry out research. Drop me a line at paul@britisharmyancestors.co.uk or visit the Research page for more information.