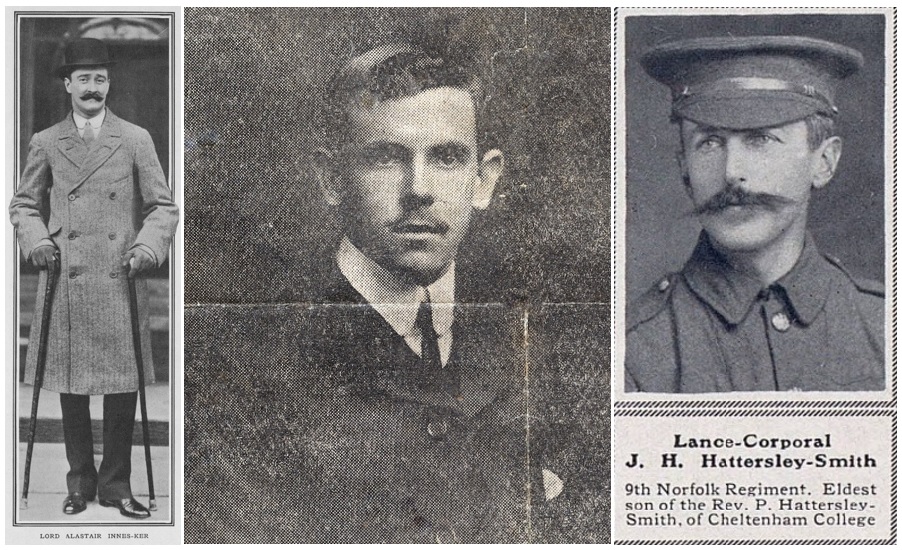 Every day on the British Army Ancestors Facebook page I take time to commemorate a British soldier. This post will look at three of the men I have remembered recently; from left to right: Alastair Innes-Ker, Edgar Willson and James Hattersley-Smith Alastair Innes-Ker This photograph of Lord Alastair Innes-ker of the Royal Horse Guards was […]

And so, another Remembrance Sunday is upon us. Some of my earliest memories of this day are from my time as a cub-scout standing by the war memorial at St Mary’s, Widford. That would have been in the late sixties or early seventies and it was invariably freezing cold.  Walking in the park this morning […]

Photos like this one of 2nd Bn Rifle Brigade officers at Shajahanpur in India in 1907 are great because they can be uploaded for multiple individuals. It took me, on average, between one and two minutes to find an officer, add the minimum required content, and upload. And I found every single man; that’s 16 […]

This superb photograph of Rifleman William Salter, taken in December 1906, appears in the Rifle Brigade Chronicle for that year. William enlisted in the Rifle Brigade in 1854, serving in the Crimea, India and Africa. The RB Chronicle states, “In addition to the Crimean Medal with clasps for “Alma”, “Inkerman” and “Sebastopol”, the Indian Mutiny Medal […]