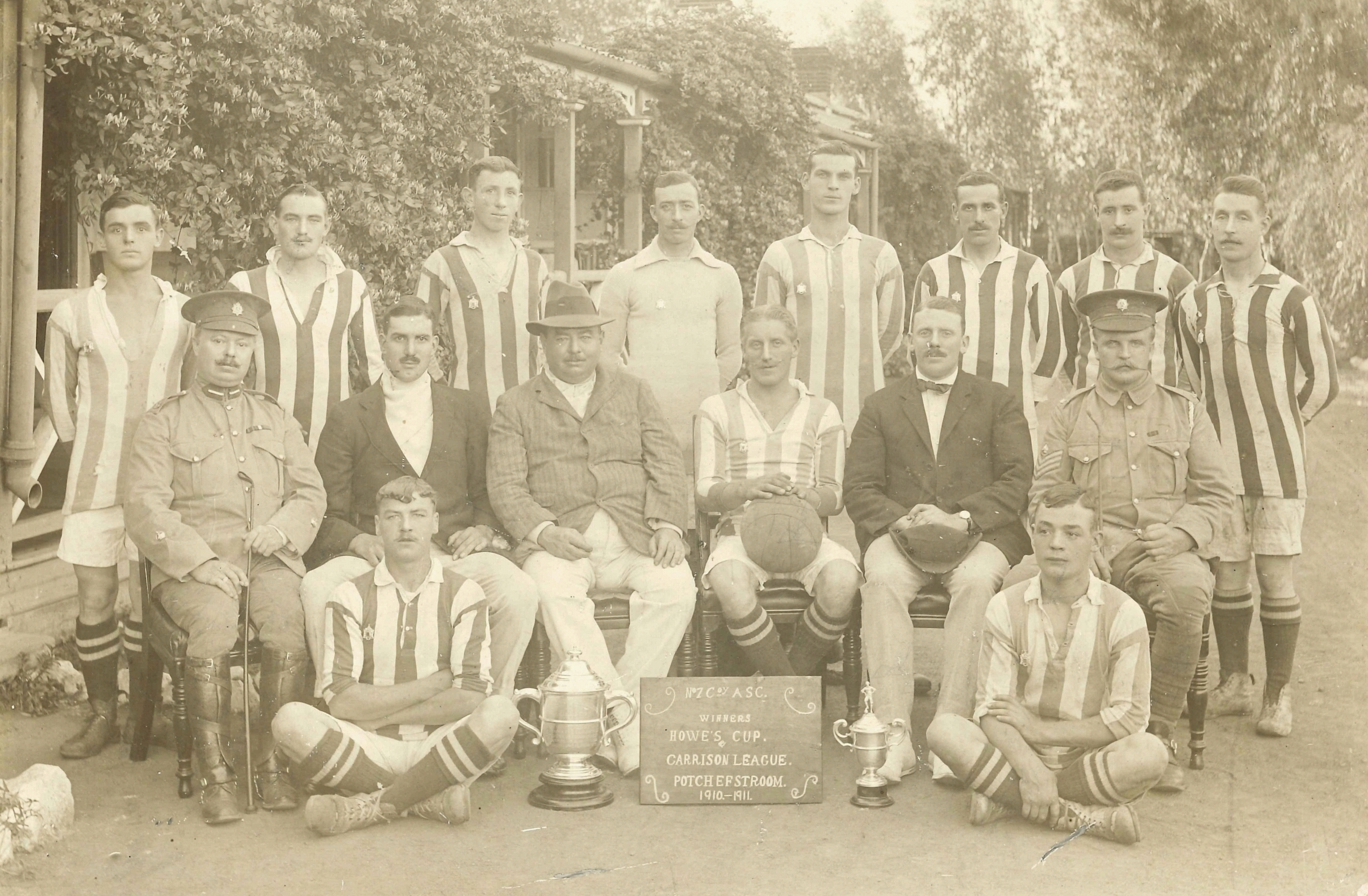 The caption on this board reads, “No 7 Coy, ASC. Winners, Howes Cup, Garrison League. Potchefstroom 1910-1911” The dates are important because the men are named on the photo and most of them appear in the 1911 Census and can be easily identified. This is important because it means I can then add these faces to the records on the British Army Ancestors website. At the time of writing, I have expanded most of their forenames and ranks and added regimental numbers. The men are:

In an impressive season, the team from 7 Coy, Army Service Corps played 24 matches, won 22 and lost two. They scored 64 goals and conceded four. Many of these men would go on to serve their King and Country during the First World War.