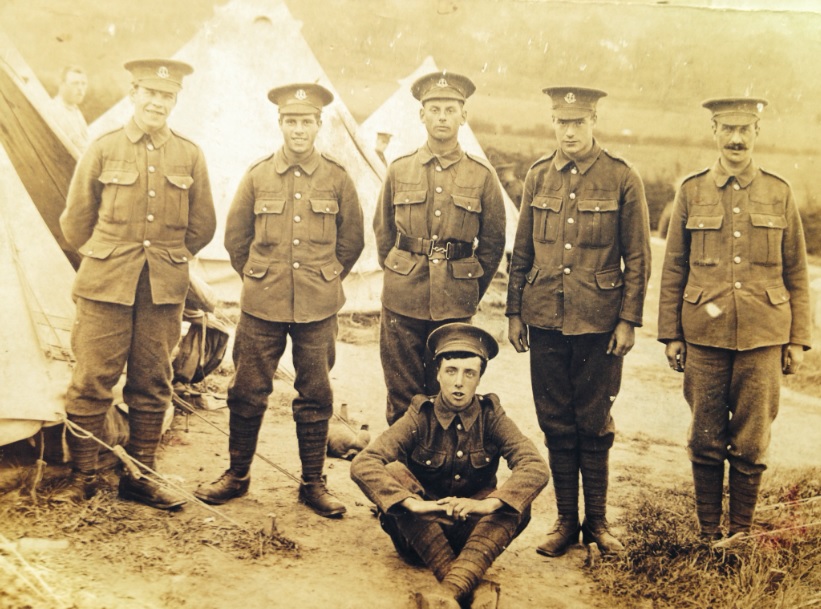 The Middlesex Regiment raised two football battalions during the First World War. The 17th Battalion at Fulham town hall on the 12th December 1914 and the 23rd Battalion a few months later in June 1915. The notion of a footballers’ battalion had sprung from the belief that the young men who kicked a ball around the nation’s pitches on a Saturday afternoon, not to mention the thousands of other young men who went to watch them play, could be more gainfully employed shooting Germans. And so were born the footballers’ battalion which attracted professional and amateur players, and football fans alike,

I have written more about regimental numbering in the footballer battalions on my Army Service Numbers blog.  Men joining the regiment were issued with numbers that began at 1 and were prefixed with the letter F/. So the man with the number F/1 was first in the queue for a regimental number, followed by the man who was issued with the number F/2 and so on. Men with numbers in the range F/1 to F/1635 attested for service with the 17th Middlesex Regiment whilst men with numbers from at least F/1639 attested for service with the 23rd Middlesex Regiment. The two battalions would become known as the 1st Football and 2nd Football battalions, respectively.

Although a 2nd Football Battalion man, John Allen was posted to the 17th Battalion on the 30th October 1915 and was serving overseas by the 17th November 1915. He was discharged as no longer physically fit for war service in 1916. If anyone can identify any of the other men in this photograph, John Allen’s granddaughter would be delighted to hear from them. Please contact me or post a comment on this post in the first instance.